Music of the Hang

I'd like to share this film trailer with you. Valantis is a friend of mine and he has been working on this project for some time now. It looks like his efforts have paid off. Tell me what you think.

Lately I've been working hard at another blog  that deals with American politics. It's always an interesting but sometimes sordid and depressing topic. I just love the investigation, the education and the research. It keeps my mind working. Also I am an extraordinarily curious person. I ask myself why such and such happened, or what such and such means? And off I go. In my past life, I was probably an encyclopedia. 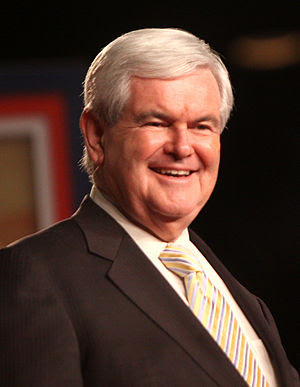 Well, lately I decided that instead of contributing to somebody else's blog, I had enough posts (essays, really) that perhaps they needed a new home. The blog I had been writing with had a lot of readers, many of them well-informed and as curious as I am. So it meant losing my audience for the sake of independence. If blog owners are possessive, you can also find that long-time blog readers can be quite cliquish. (It's not the exact word.)

If you are interested in American politics- and I'll warn you, I lean toward the liberal side- then I'd like to invite you to stop in and become a follower.

In the next couple of weeks, I am posting my older things (mostly from the past year). In the fast-moving world of politics, anything from last year is pretty stale. I will soon be serving the newer vintage material this week.
For example, starting on Thursday (March 1) I will have a two-part series which asks the question: In 2012, Is Ronald Reagan Electable? (The answer, of course, is, NO, mainly because he is dead. But then the Republicans seem a lot more in love with Reagan now that he is not among the living.)
But actually, the basic thesis of the essay is this: Given the general level of intolerance and the lack of compromise, who on earth could ever fit the bill?

On the weekend, I will present another two part post which explains why, if there is a brokered convention in the GOP party this year, "Jeb" Bush is probably not a wise choice. If you thought Newt Gingrich has baggage, that's an old lady's change purse compared to this Bush.

If you enjoy reading, or perhaps you are interested in being a contributing writer, let me know. Just pitch my your idea, and let's take it from there. In any case, do drop in and tell me what you think. 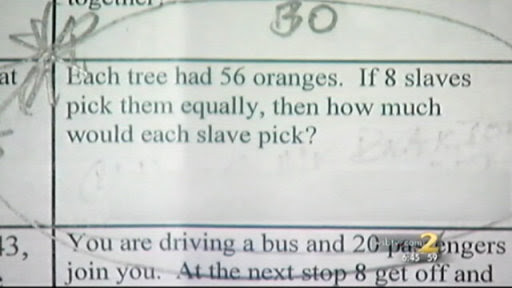 Third graders in in Gwinnett County, Ga., were given math homework Wednesday that asked questions about slavery and beatings.
Christopher Braxton told ABC News affiliate WSB-TV in Atlanta that he couldn't believe the assignment his 8-year-old son brought home from of Beaver Ridge Elementary school in Norcross.
"It kind of blew me away," Braxton said. "Do you see what I see? Do you really see what I see? He's not answering this question."
The question read, "Each tree had 56 oranges. If eight slaves pick them equally, then how much would each slave pick?"
Another math problem read, "If Frederick got two beatings per day, how many beatings did he get in one week?"
Another question asked how many baskets of cotton Frederick filled.
"I was furious at that point," Braxton said.
"This outrages me because it just lets me know that there's still racists," said Stephanie Jones, whose child is a student at the school.
"Something like that shouldn't be imbedded into a kid of the third, fourth, fifth, any grade," parent Terrance Barnett told WSB-TV. "I'm having to explain to my 8-year-old why slavery or slaves or beatings are in a math problem. That hurts."

"In this one, the teachers were trying to do a cross-curricular activity," Gwinnett County school district spokeswoman Sloan Roach said.